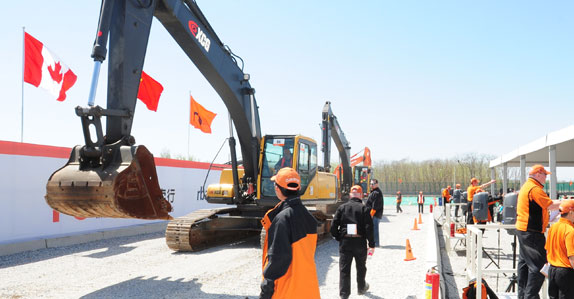 These days when we talk about Chinese businesses, we immediately envision cheap Chinese textiles, plastic toys, apparels, shoes and electronics. But slowly and steadily Chinese heavy industrial businesses are increasing their foothold and China is sending away the low-end export manufacturing to other countries such as India, Cambodia, Vietnam and Bangladesh.

The construction equipment manufacturer Sany Group purchased the world largest manufacturer of cement pumps, Germany’s Putzmeister for $475 million and planning to expand by opening new factories in Brazil, India and in the U.S. in Alabama.

China built ships accounted for 41 percent of the world’s ship manufacturing. China beat South Korea and Japan to take the lead in ship building. Also, global share of Chinese made locomotives are rising steadily. Major markets for Chinese made heavy equipment include Europe, India, South America and the Middle East.