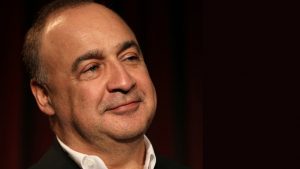 Len Blavatnik is a widely respected business leader, entrepreneur, and philanthropist and is well known for his interest and investments. He is also known for his many philanthropic activities. The Blavatnik family foundation has donated $50 million to Harvard University. This Blavatnik Harvard grant will be a major initiative to develop basic scientific discoveries into therapies for patients.

“By partnering with Harvard’s world-class biomedical research division, I am delighted to help accelerate the development of new therapies,” said Blavatnik.

Len Blavatnik is a longtime supporter of Harvard and is one of the world’s leading businessmen and one of the foremost philanthropists. His interests lie in the nexus between scientific innovation and business. He has supported multiple endeavors in educational, scientific and cultural institutions around the world through his Blavatnik Family Foundation. This includes a 2007 grant to set up the original Biomedical Accelerator Fund at Harvard.

Harvard President Drew Faust praised Blavatnik’s commitment to transformational science: “Len Blavatnik’s passionate support of entrepreneurship and science as forces for progress reflects the forward-thinking leadership that will allow Harvard and others to develop promising new technologies that benefit society as a whole,” said Faust.

Len Blavatnik needs no introduction. He is the man at the top of Access Industries. He is a world-renowned philanthropist with extensive Blavatnik American university support.