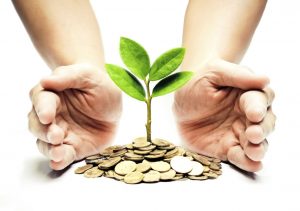 In the early 1990s, Omar Amanat was sleeping in the rented office of his start-up brokerage firm. Today, he is recognized as a pioneer in the electronic brokerage industry, a notable philanthropist, and a socially-conscious film financier. Needless to say, it.s been an eventful decade.

Mr. Amanat’s path to entrepreneurial success began with his graduation in 1995 from the University of Pennsylvania’s Wharton School of Business. After stints with Citibank and Datek Online, Mr. Amanat lived in Texas for a short time, where he worked with CyberCorp founder Philip Berber developing trading software. When Berber’s financiers backed out, Mr. Amanat moved to New York City and founded Tradescape Corporation.

From humble beginnings as a day-trading firm with a handful of offices, Tradescape would become a pioneer in brokerage technology. Tradescape was the first company to provide investors with direct connectivity to all nine Electronic Communications Networks. It was also the first company to offer free Web-based software that provided Level II market information to the public.

In 2001, Tradescape was named one of the top 50 private companies in the United States by Red Herring Magazine. Tradescape.s technological innovation would eventually make it the largest day-trading company in the country, processing over 10% of NASDAQ.s daily trading volume. Buyout interest in Tradescape was high, and in 2002, the company was sold to E*Trade for consideration worth $280 million.

Since then, Mr. Amanat has turned his attentions to film and television financing. Inspired by his post-9/11 studies of the link between minority self-images and violence, Mr. Amanat has sought to promote social change and global understanding through the creation of positive minority images. He has founded or invested in several feature film companies, including: