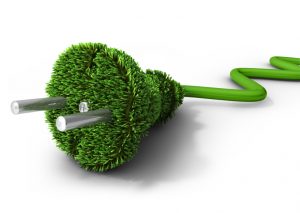 Recent studies have explored the concept of how developing nations like India, which is on track to be one of the most populous regions on the planet, will meet the rising demand for energy. Fossil fuels and renewable energy alone cannot accomplish this monumental task. In fact, fossil fuels may have already fallen short.

Nuclear Will Be a Major Component

One of the core principles of energy demand is being able to meet the grid’s baseload, or the amount of power consumed when we all come home. There is a rush hour, of sorts, for energy demand. Two, in fact, if you count morning hours as well.

Brown and blackouts already occur under the usage of fossil fuels, mostly because burning them doesn’t create the efficient energy that uranium can. Fossil fuel plants also require fresh water to cool the plant, while nuclear reactors can reliably utilize sea water to perform the same cooling.

Hybrid is the Answer

The future of energy will use multiple methods to generate energy safely. Migrating away from fossil fuels may not be possible in its entirety, but countries like the United States already utilize multiple forms of energy according to Dev Randhawa of Fission Uranium. In the United States (and soon in China), 20% of the energy grid relies on nuclear, while a growing portion utilizes renewable energy.

Using hybrid power sources will be the single biggest driving factor in reducing CO2 emissions in the coming decades.

The main takeaway is that there is no one magic source of power that can satisfy all the demands we may put on our energy grid. What we can do instead is work to establish multiple methods to energize the grid, so we never run out of power when we need it and we’re able to reduce CO2 emissions in the process.