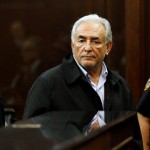 There was doubt as to how successful this weeks bail out negotiations in Brussels would be without the advocacy of Strauss- Kahn who is an expert on European economic and political affairs. There are still concerns among the EU as to the role the IMF would play in the long term future to help Europe in the absence of Strauss -Kahn.

Chief among these concerns would be the second bail out package to Greece, who despite being given a bail out package of $146 billion last year is still struggling. EU’s donor countries including Germany have opposed supporting high deficit countries like Greece and have insisted on further budget cuts to be imposed by such countries.

Many experts believe that if Strauss-Kahn was still heading the IMF he would have pressed for further aid to Greece and Europe in order to stabilize the turbulent European economy.