Having a full-line of related products allows a company to dominate in the field, cut delays, produce maximum benefits and find economies of scale. Full-line can be manufacturing, sales or any other combinations. This is why more and more large corporations are getting into production as well as servicing of their products. 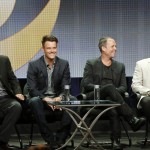 Take Apple for an example. Unlike other computer behemoths including Microsoft, Apple became a full-line computer manufacturer early on. While continuing to develop computers and related products, it also ventured into other areas. Early success came from Mac2, PowerBooks and PageMaker. Soon it started to venture into smartphone and other portable devices bringing more sales and success to the company.

McDonald’s get its success from bringing in outsiders to sell its products by offering franchises. They can produce more results than relying on hired employees for the company and having more of their stores. While the strategy works for McDonald’s it also allow it to spend more time for research and development of new products to compete better and stop sagging sales.