The second largest day for food consumption in American isn’t Christmas or Easter. It’s the Superbowl. It’s one event that draws everyone to the television, even those who are not fans of the sport. The Superbowl is so popular that some consider it an unofficial national holiday, and it is by far the most-watched television broadcast each year. 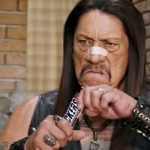 The NFL wasn’t the only kid on the block during the 1920s, and it was important to fend of competition from other leagues looking to capture public attention. It was largely successful at doing this until the American Football League launched in 1960. Both leagues were well funded and seemed bent on competing for the attention of fans and talented players.

The two leagues hit a wall in 1966, and it looked like a merger was on the horizon. Part of the merger deal was a planned spectacle, where the champions of each league would meet on the field for a televised event.

Lamar Hunt, then owner of the Kansas City Chiefs, is said to have been the first to coin the term.

The power of the Superbowl comes in its ability to draw viewers. It’s typical for the NFL to release a statement prior to the game promising upwards of one billion in viewers worldwide. It’s true that the game is America’s most watched live broadcast, even outside the country. However, this number refers to people who can watch and not necessarily those who do.

Surprisingly, the only other television show to have hit this level of popularity was the series finale of M*A*S*H.