Born May 12, 1918, in Hot Wells, Texas, Mary Kay Ash left the traditional workplace after watching yet another man whom she had trained get promoted over her. She started her own cosmetics company, using incentive programs and other strategies to give her employees the chance to benefit from their achievements. Mary Kay’s marketing skills and people savvy soon led her company to enormous success. 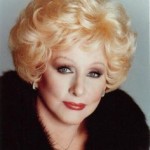 After her bad experiences in the traditional workplace, Ash set out to create her own business at the age of 45. She started with an initial investment of $5,000 in 1963. She purchased the formulas for skin lotions from the family of a tanner who created the products while he worked on hides. With her son, Richard Rogers, she opened a small store in Dallas and had nine salespeople working for her. Today there are more than 1.6 million salespeople working for Mary Kay Inc. around the world.

The company turned a profit in its first year and sold close to $1 million in products by the end of its second year driven by Ash’s business acumen and philosophy. The basic premise was much like the products she sold earlier in her career. Her cosmetics were sold through at-home parties and other events. But Ash strove to make her business different by employing incentive programs and not having sales territories for her representatives. She believed in the golden rule “treat others as you want to be treated,” and operated by the motto: God first, family second and career third.

Ash wanted everyone in the organization to have the opportunity to benefit from their successes. Sales representatives—Ash called them consultants—bought the products from May Kay at wholesale prices and then sold them at retail price to their customers. They could also earn commissions from new consultants that they had recruited.