Summary: Delays are classified in various categories and subcategories. It’s important to understand one from the other. 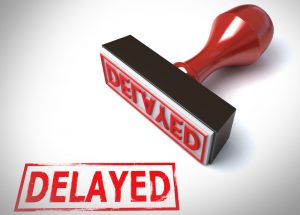 This article will briefly discuss some of the causes and effects of construction project delays. Those of you that are familiar with the construction industry should know that a targeted completion date is less likely to occur due to various impeding factors. By breaking down each type of delay there is, you’ll understand which party is responsible for what and how impactful it can be to the construction project itself.

Excusable Delays and Their Impact

With delays that are deemed compensated, the fault typically lies with the owner or the owner’s agents. One example of this would be that the drawings were released late from the owner’s architect. Normally, this would lead to a schedule extension and expose the owner to financial damages – filed by the contractor.

Uncompensated delays are caused by third parties or incidents that go beyond the control of the owner and the contractor. For instance, unusual weather, fires, strikes, floods, and fires are all fair game when it comes to an extension of time but without compensation for delay damages.

Non-excusable delays are normally caused by a lack of performance of the contractor on such construction project. This delay can potentially be caused by a lack of productivity, poor site management and supervision, equipment breakdowns, and unreliable subcontractors or suppliers. Therefore, it is up to the contractor to take responsibility and continue work without the entitlement to extend time or delay damages upon completion.

Concurrent delays are the more common delays that occur within today’s construction projects. This issue will typically arise when two or more delaying events are happening at the same time, which then leads to the project not being able to be completed on time. Both the owner and the contractor are responsible for this delay. Typically, you’ll find that either the owner or the contractor, or even both, will utilize construction consulting services to seek out a fair extension of time with compensation.

However, depending on the type of delay, the party may only receive an extension of time without compensation. As stated above, this is why both parties tend to reach out to construction consultants, like Lyle Charles for example, to determine whether or not the claim itself is worthy of compensation and/or an extension of time.